The Romanesque church in Abu Ghosh has come down to us practically intact, in spite of earthquakes and centuries of abandonment.

It is built according to the plan of a basilica, which is traditional for the Crusaders: three apses (here, they fit together in a flat chevet, behind which the present-day monastery is built), the central nave, and the two side aisles. It is a massive architecture, especially on the outside; and upon entering through the door that was built into the northern side aisle, one is surprised by its elegance. The whole has a serenity and simplicity: the only decorations are the two rows of small columns at ceiling level with leafed capitals on which rest the double arches in the nave, as well as the exceptional ensemble of mural paintings that covered the eastern part of the church at the time of the Crusades. 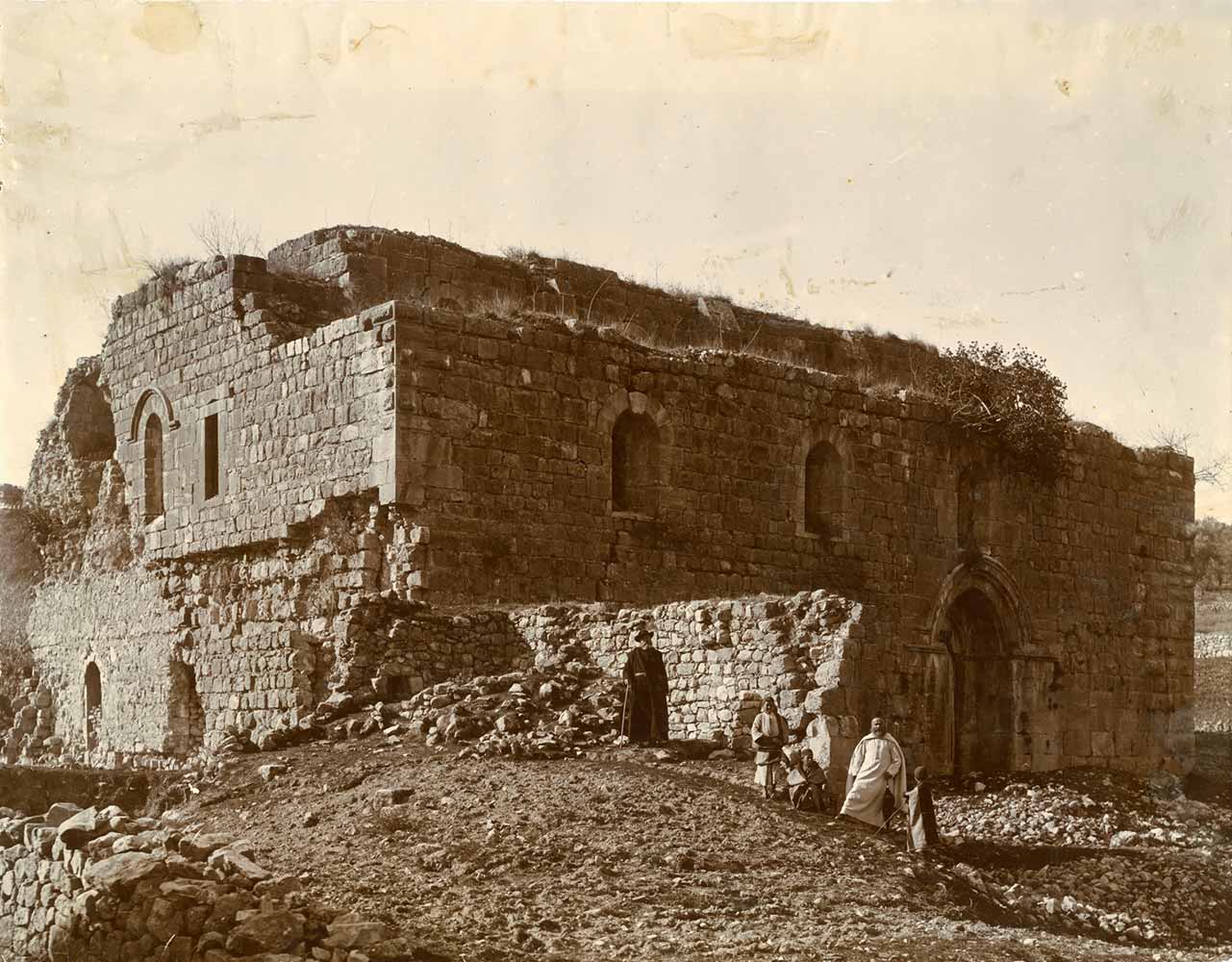 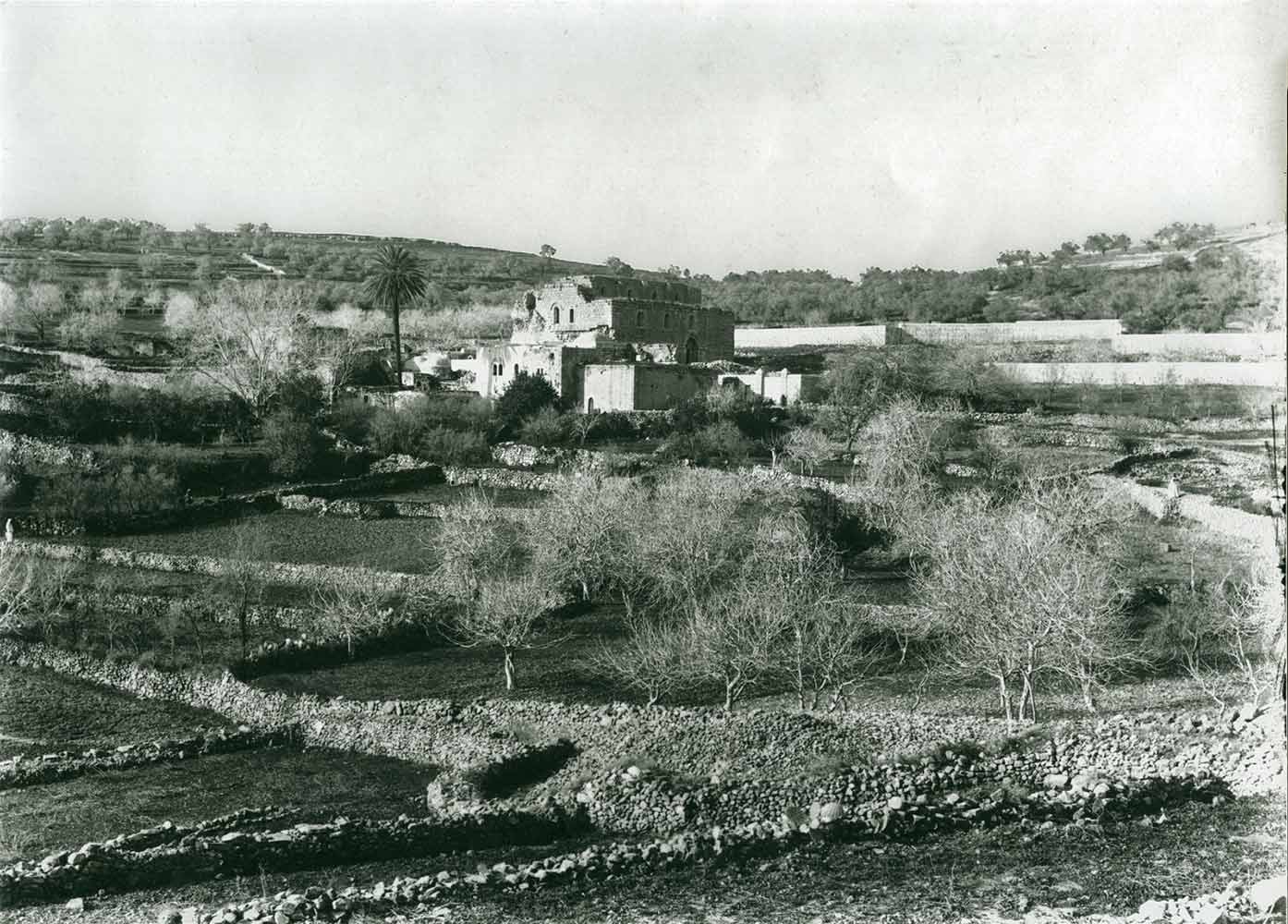 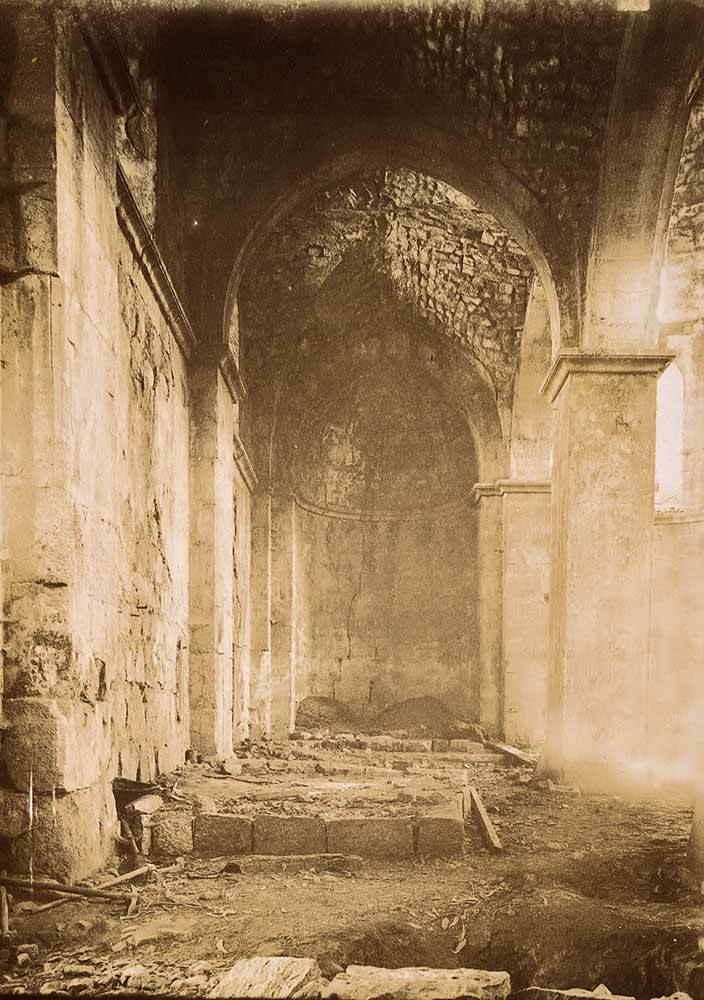 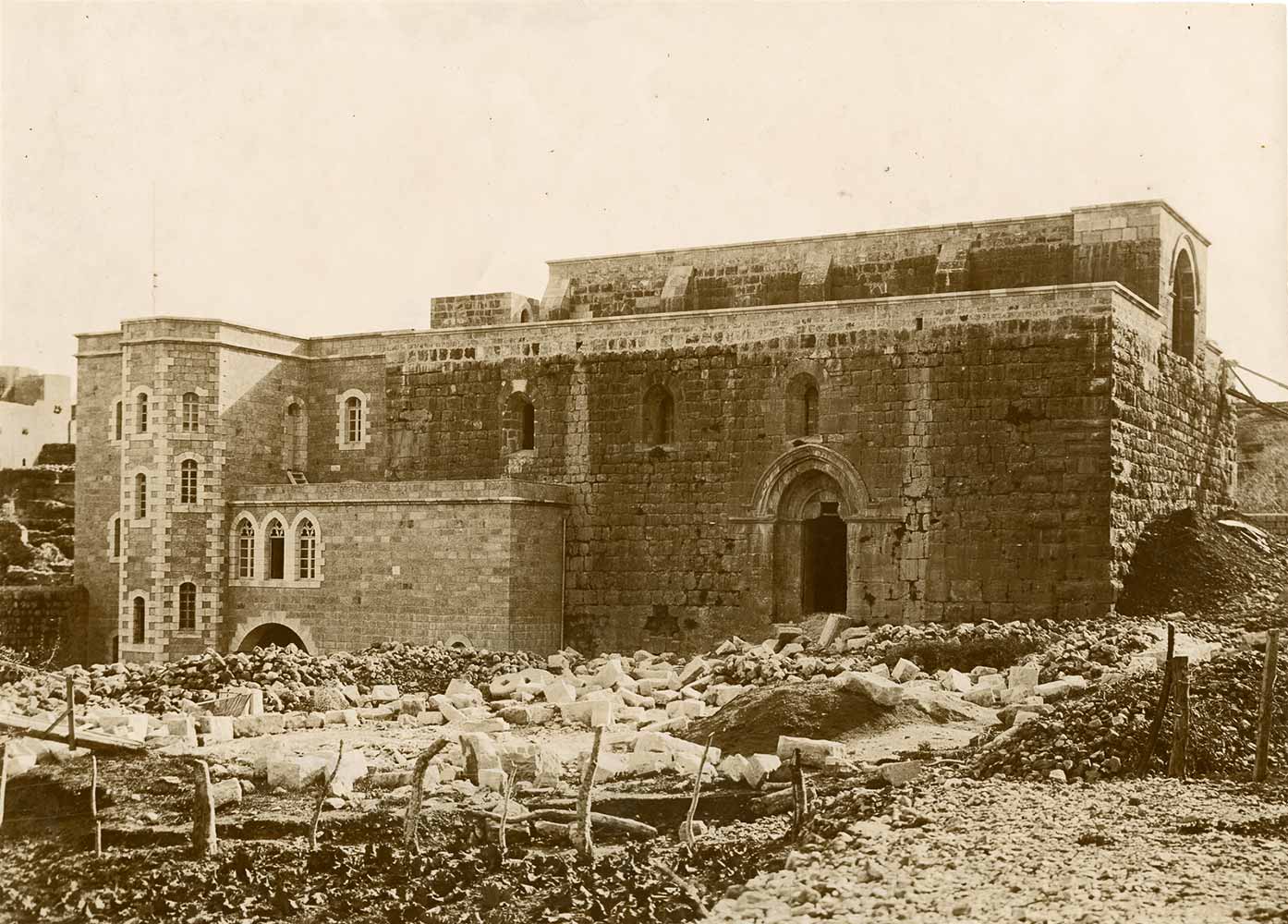 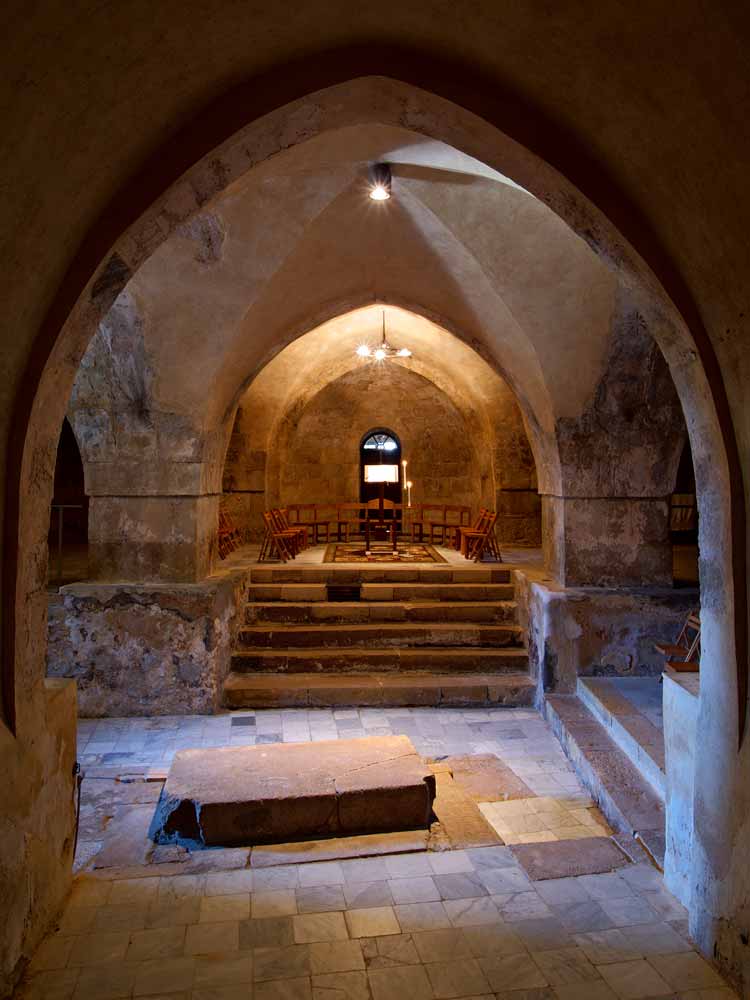 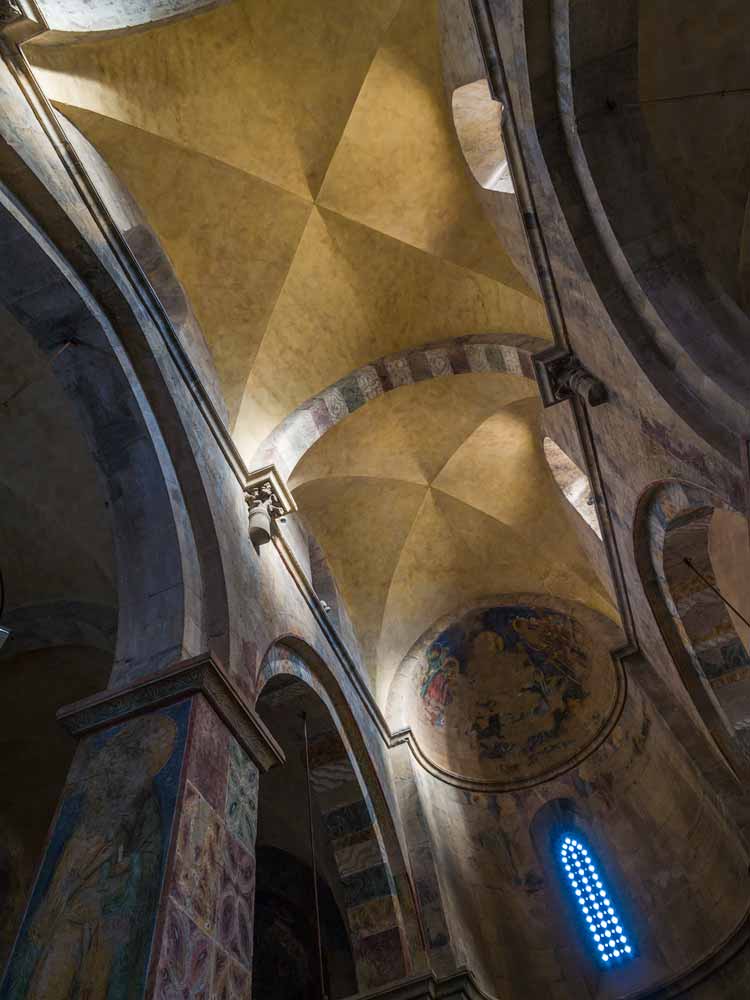 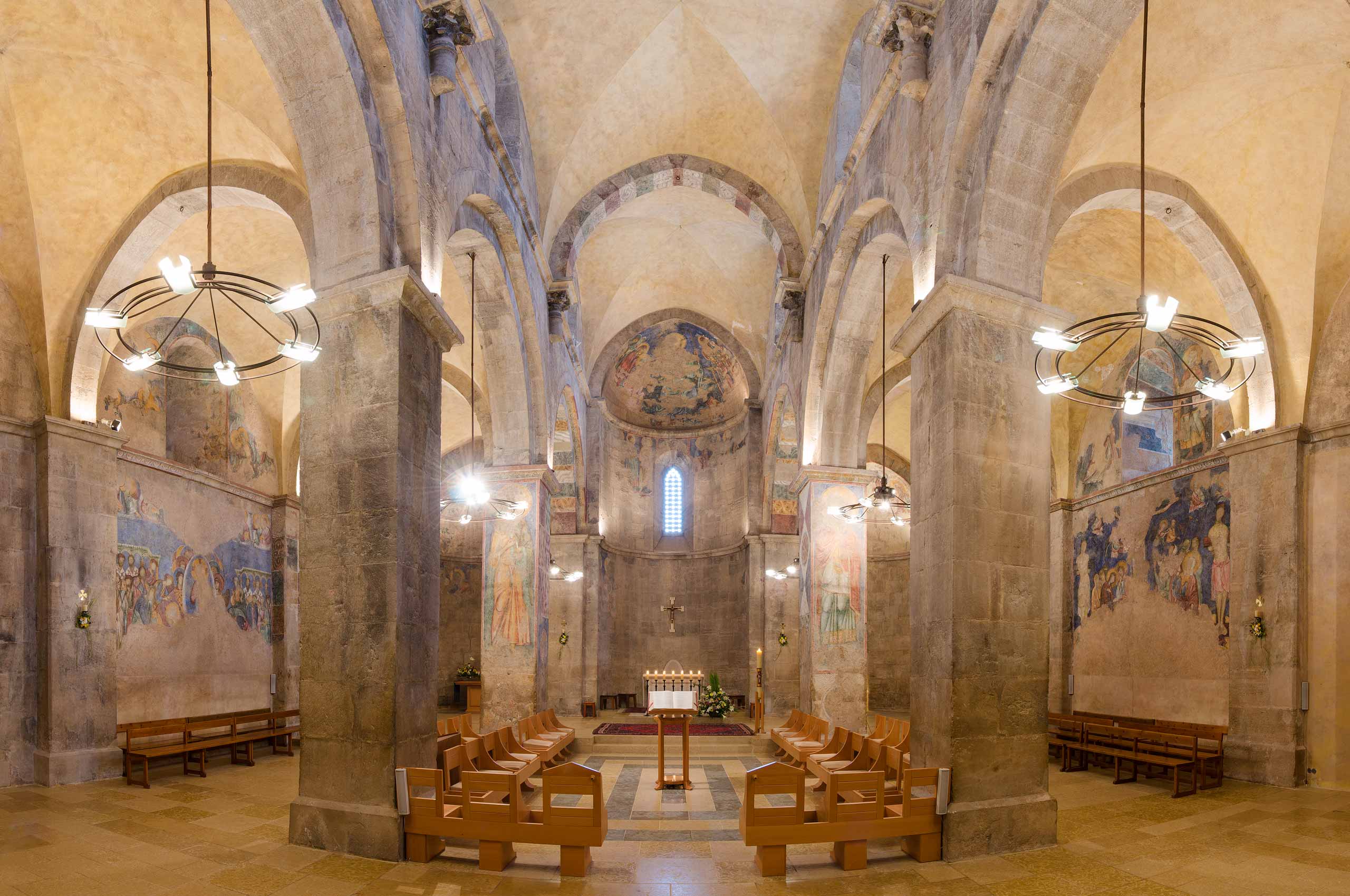 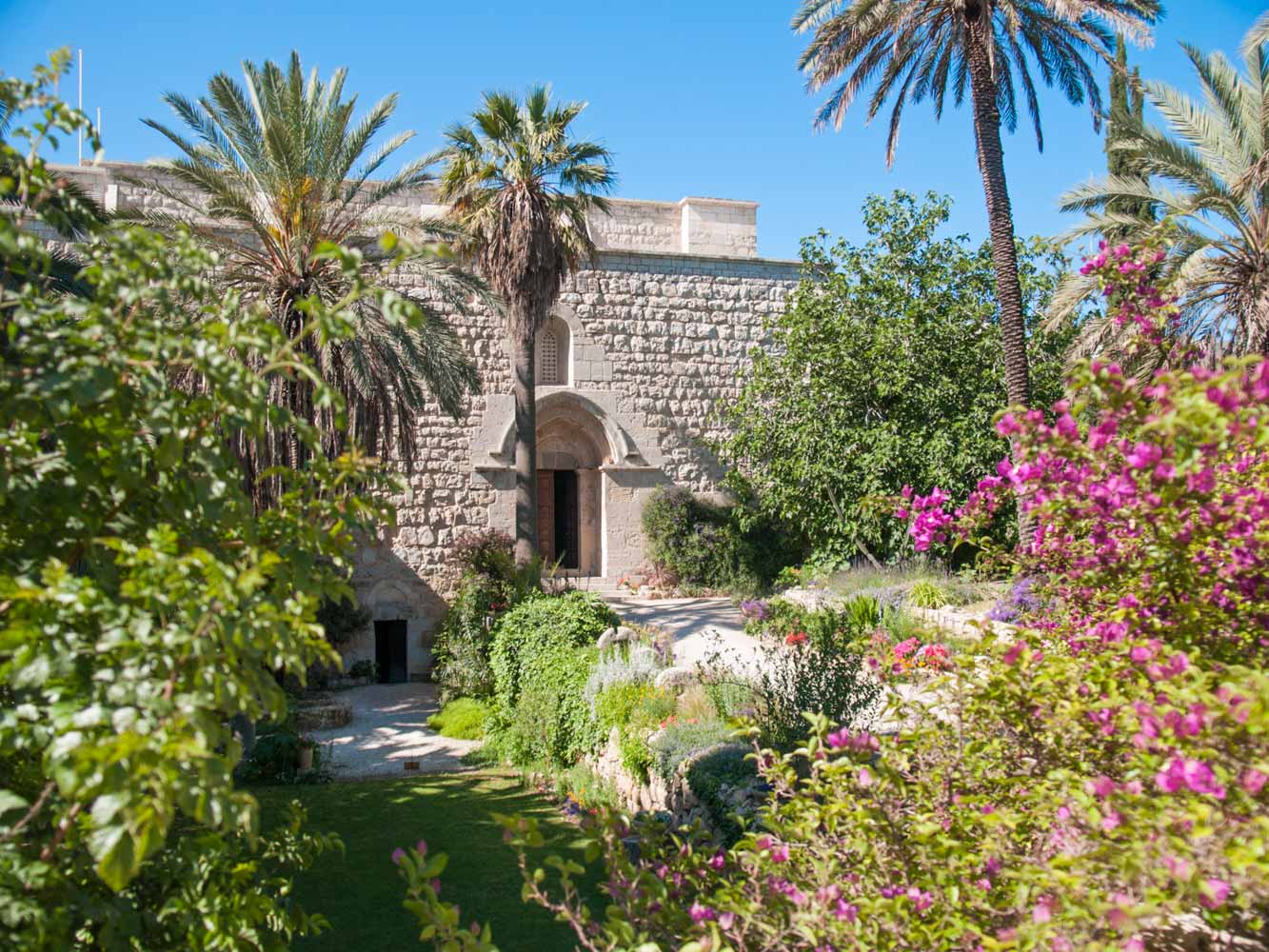 The crypt, which was built in a former reservoir of the second century, is even more massive and austere: in some places the walls are more than 3½ meters thick. At its center flows a spring. Some paintings, especially stars in several colors, can still be seen in the vaults.