In spite of the damage caused by earthquakes, bad weather or human ignorance, the mural paintings covering the walls and pillars on the church’s eastern side constitute an exceptional example of frescoes. They are of Byzantine workmanship and of great quality, and they were done by Greek Orthodox iconographers; specialists give their date as the third quarter of the 12th century, under the emperor Manuel Komnenos; they are from the “dynamic” phase of the Komnenian style.

The frescoes in the three apses can be associated with the Last Judgment: in the northern apse, the Deesis scene shows the intercession; in the central apse, the descent of Christ to hell prefigures the resurrection; and in the southern apse, the bosom of Abraham and the presence of the three patriarchs symbolizes paradise.

On the two side walls: in the north, the Dormition of the Mother of God; in the south, the Crucifixion. 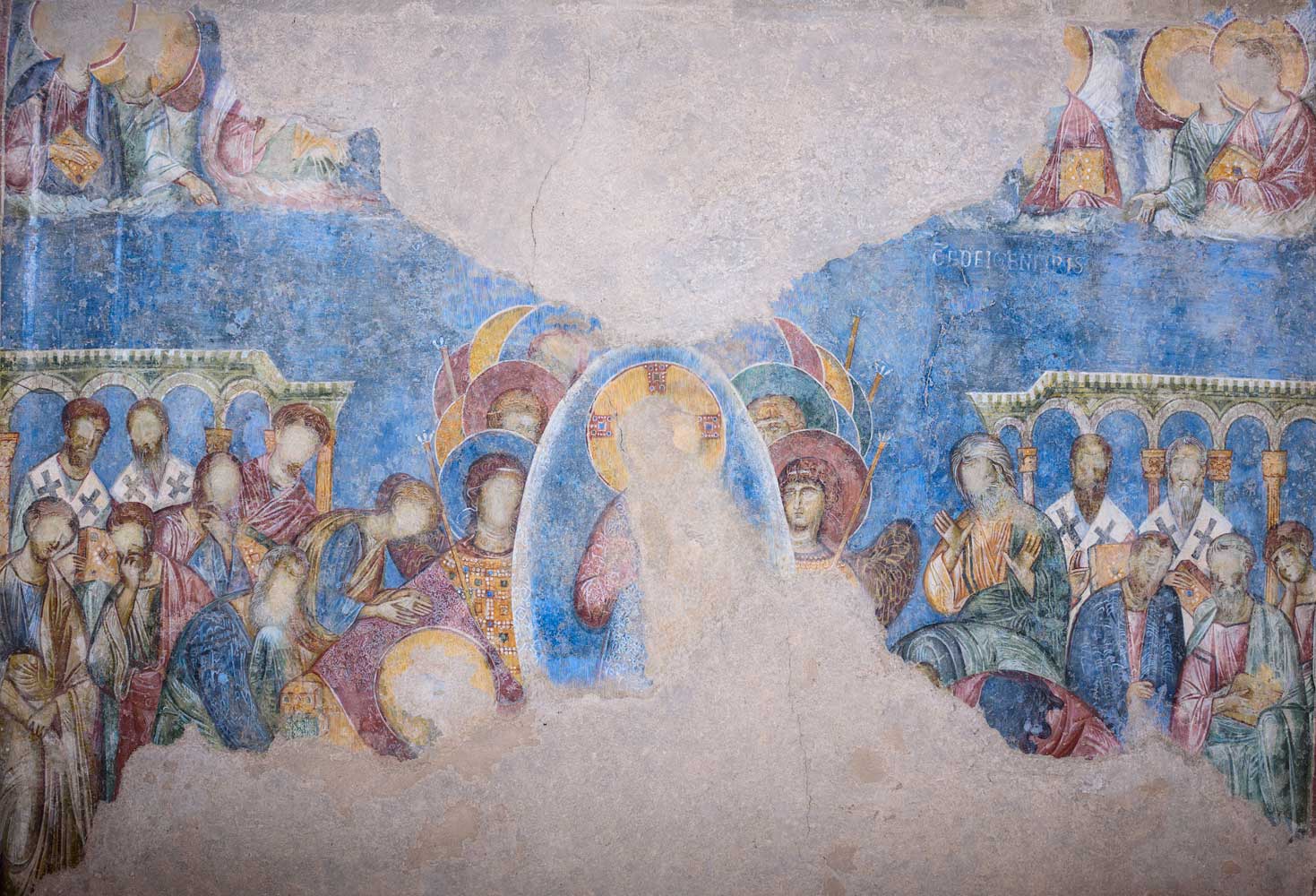 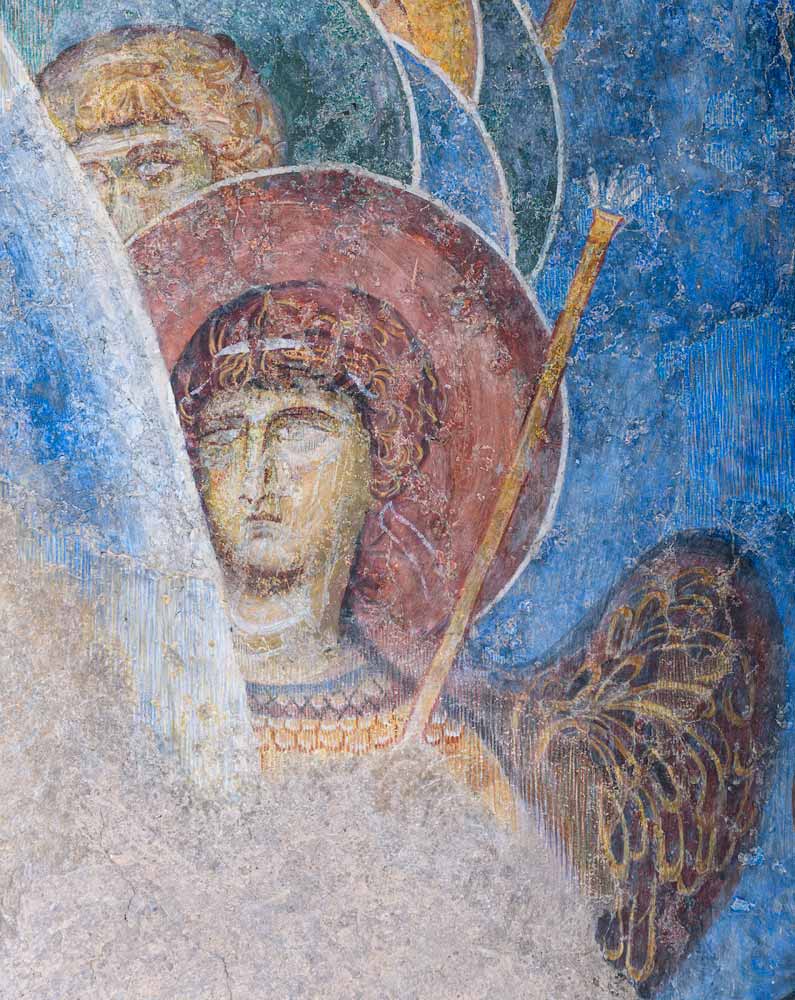 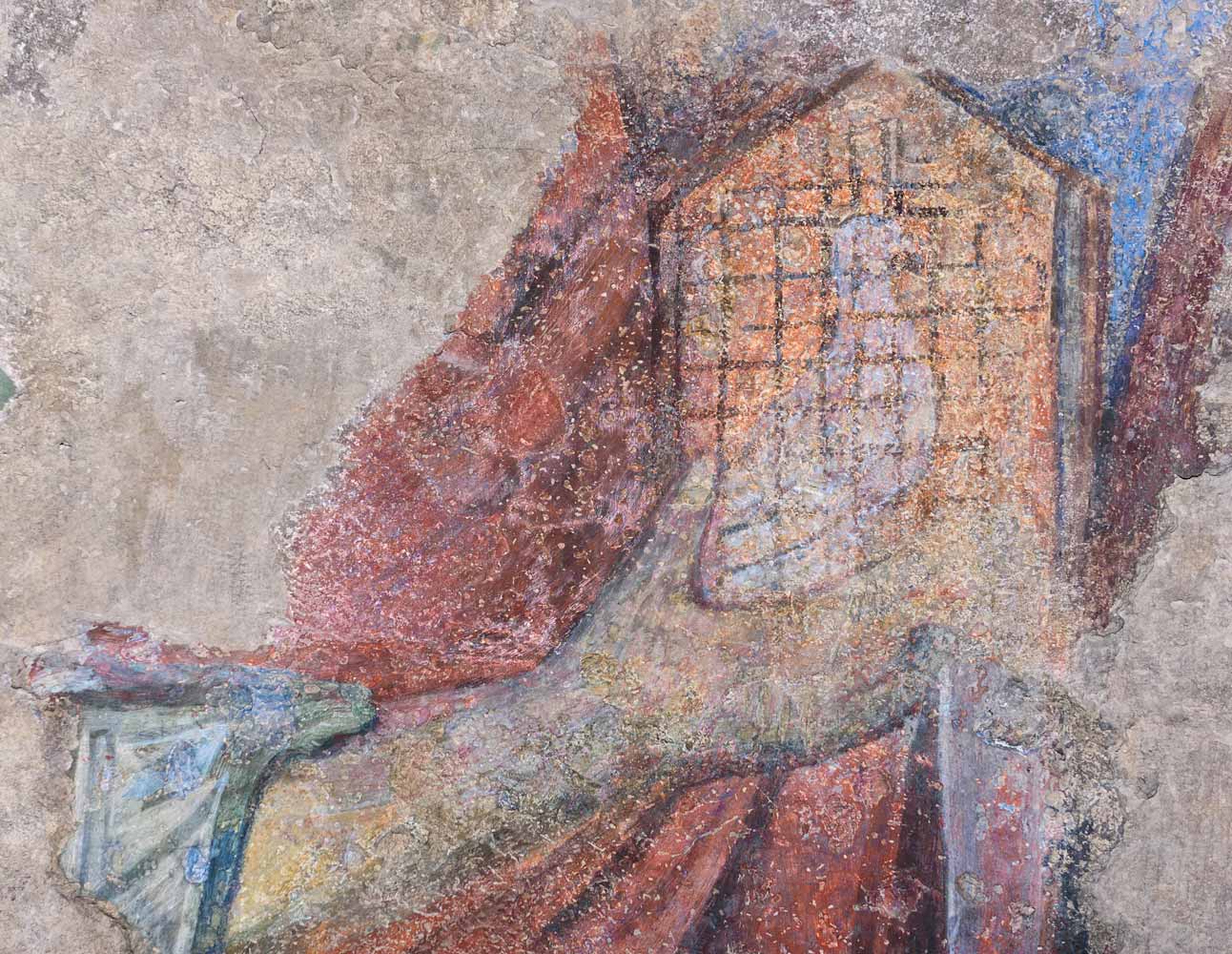 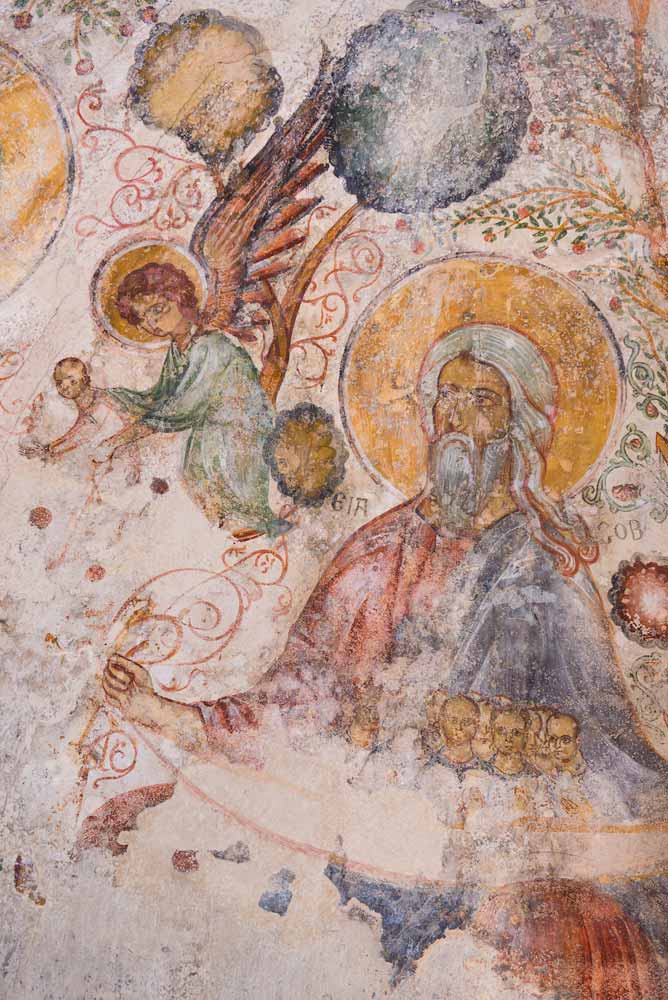 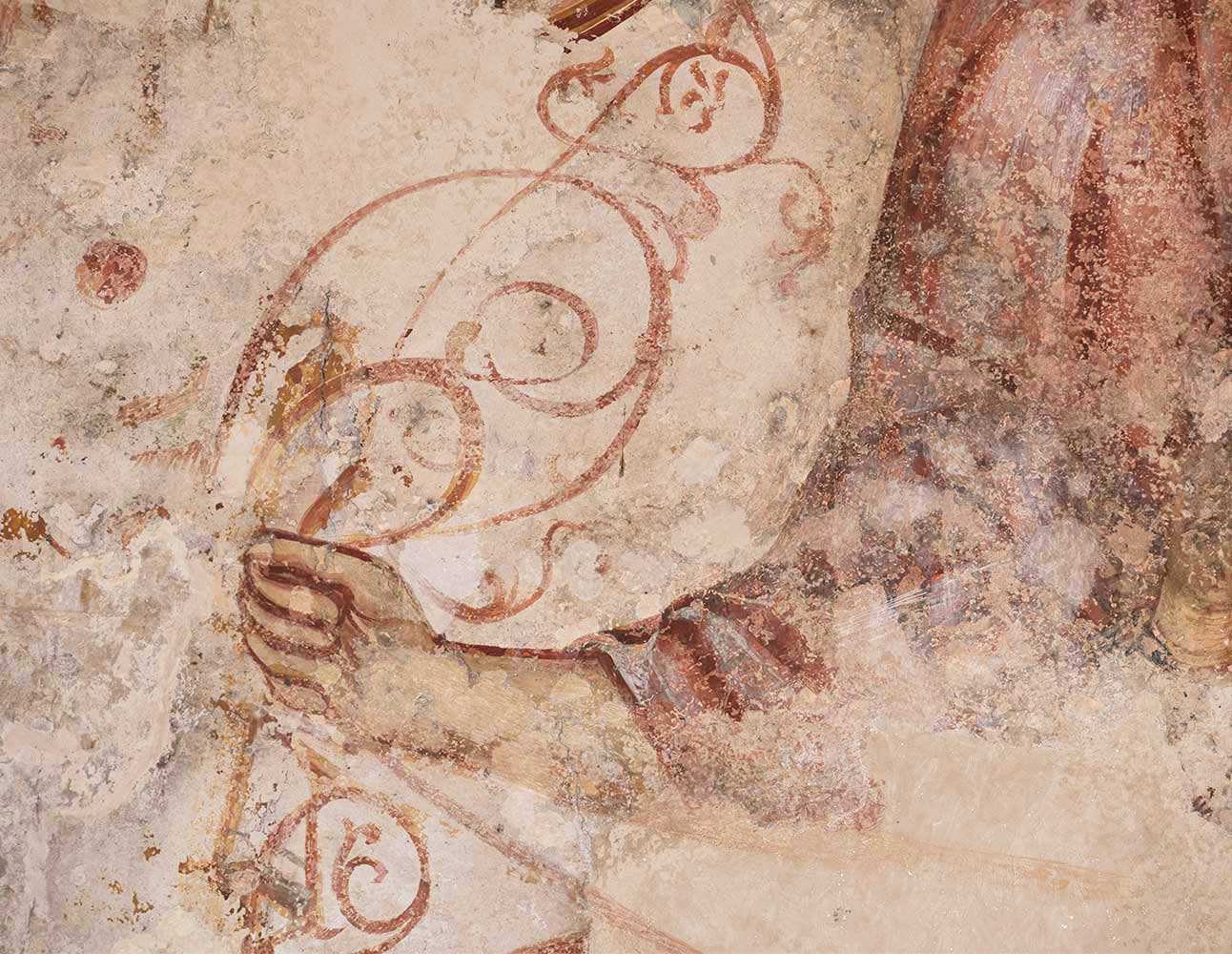 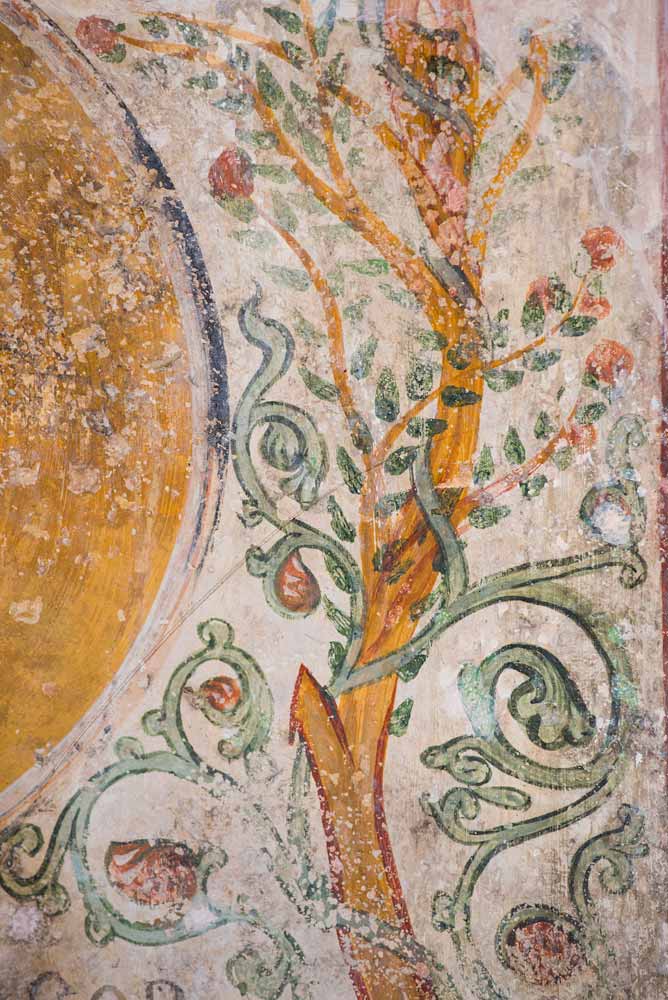 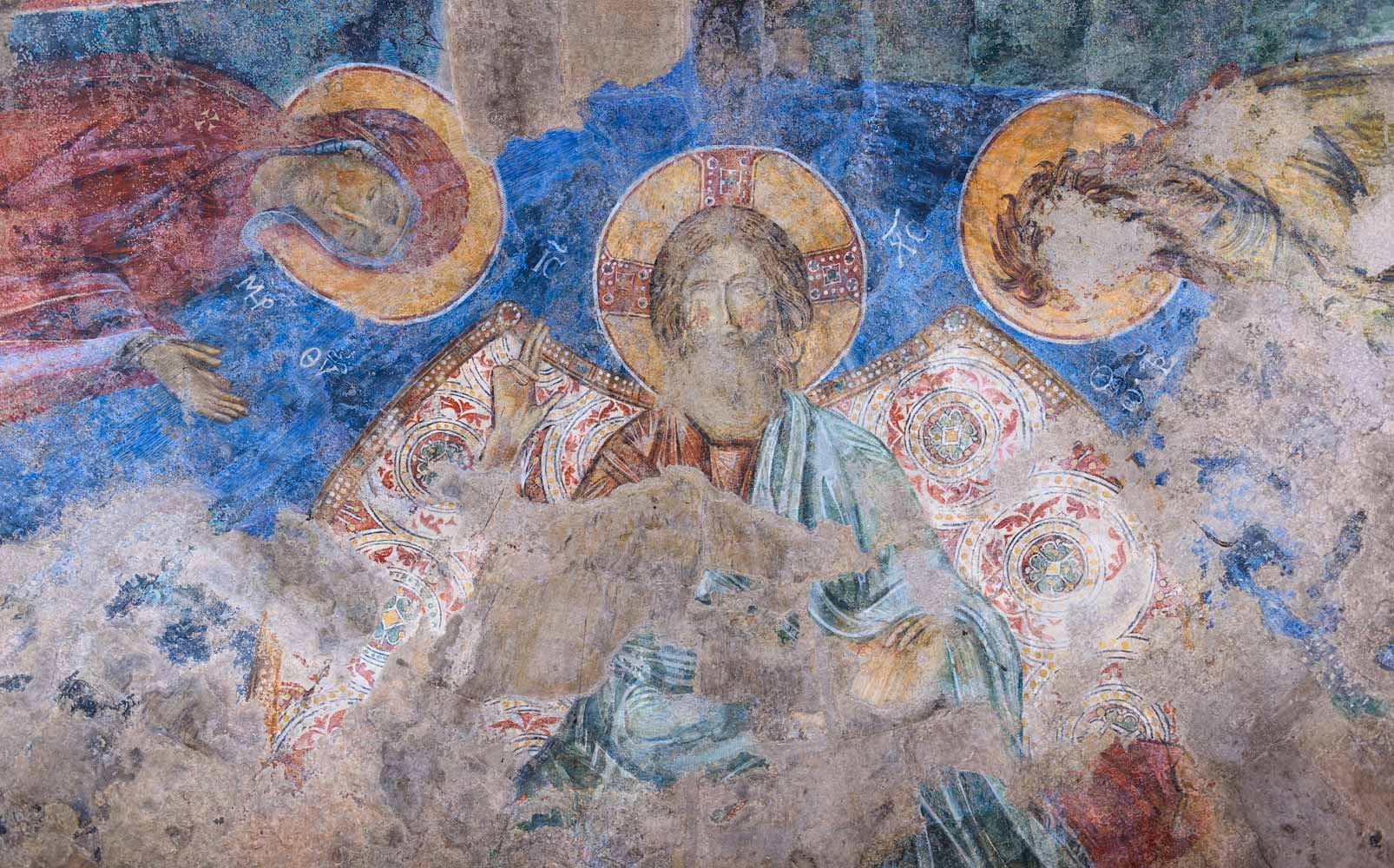 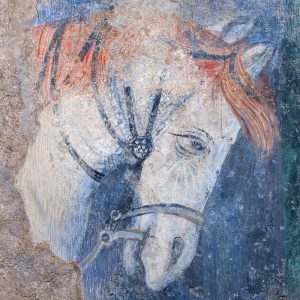 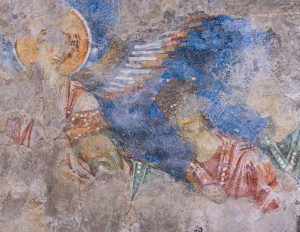 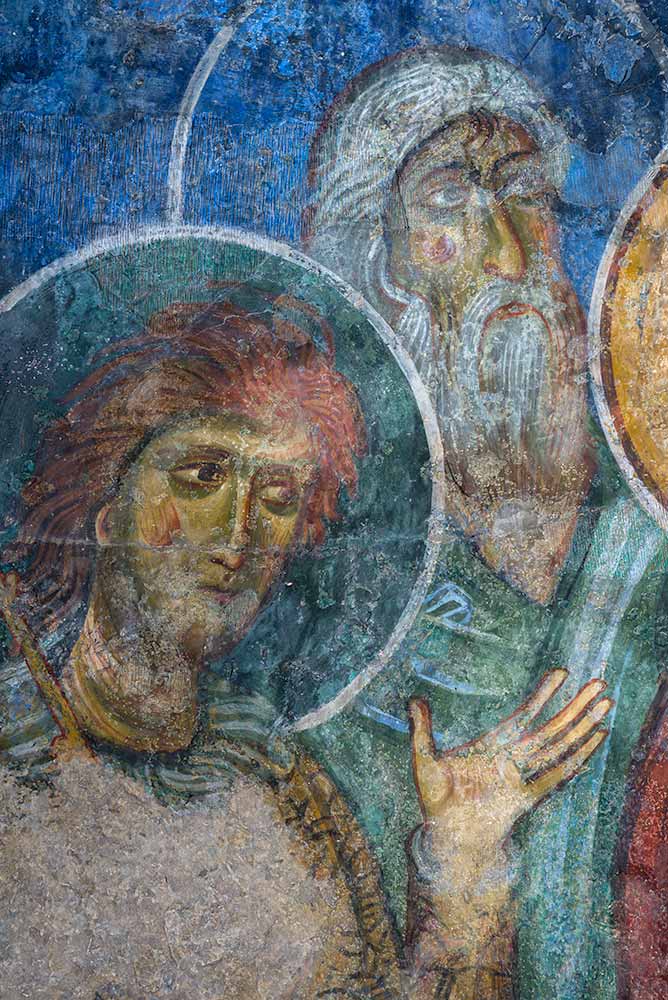 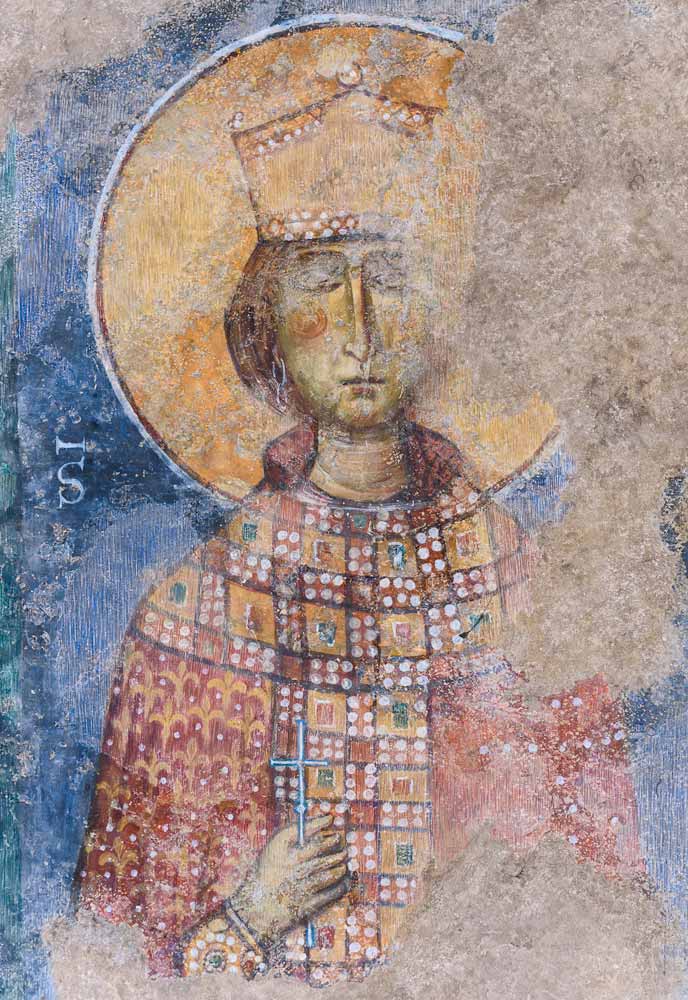 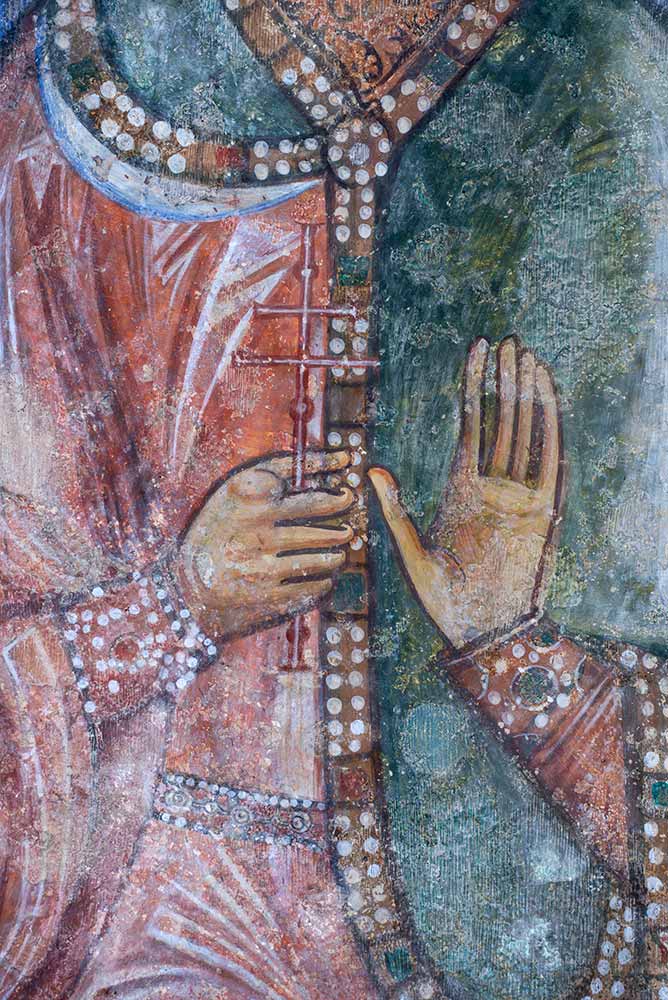 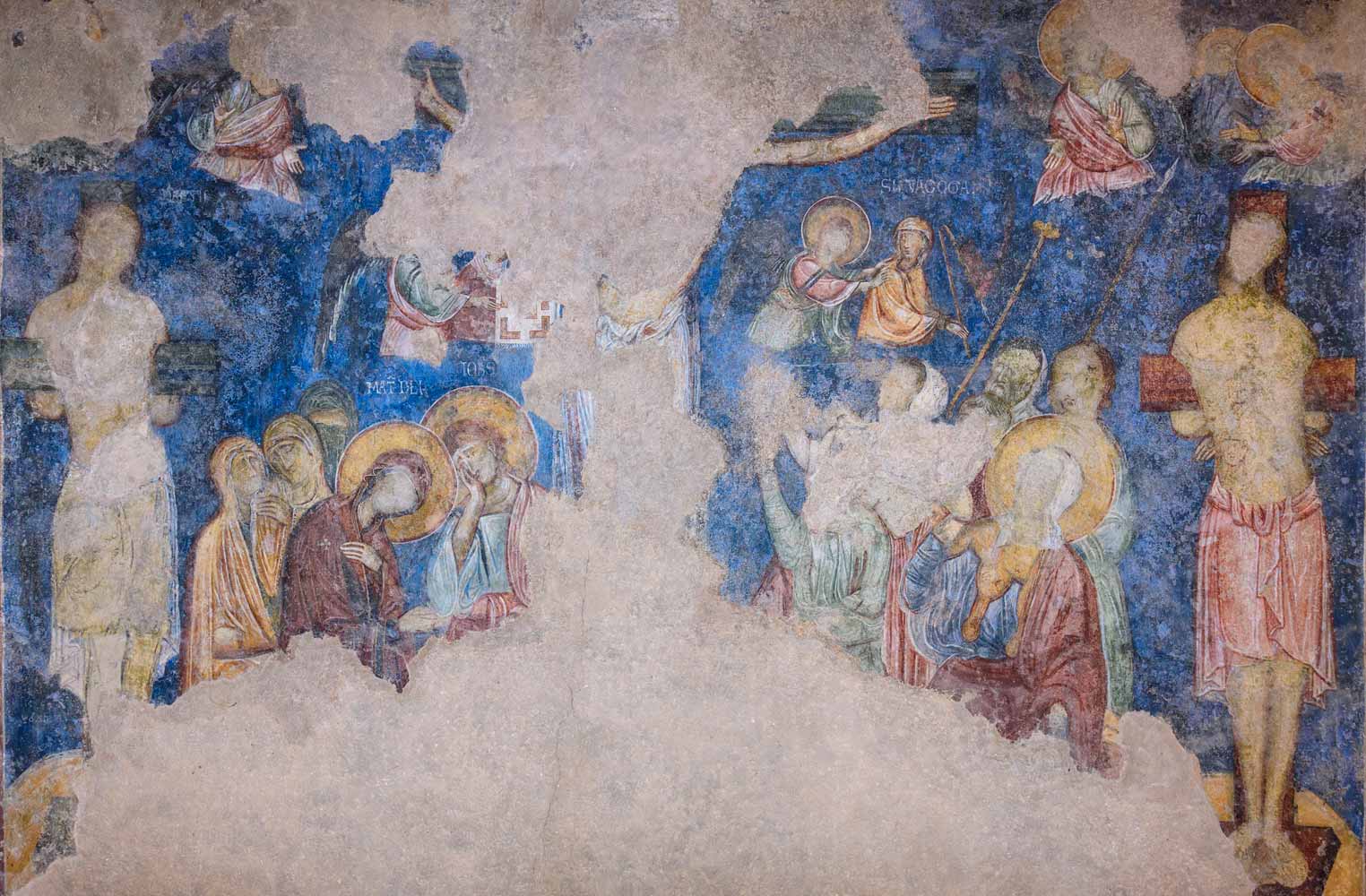 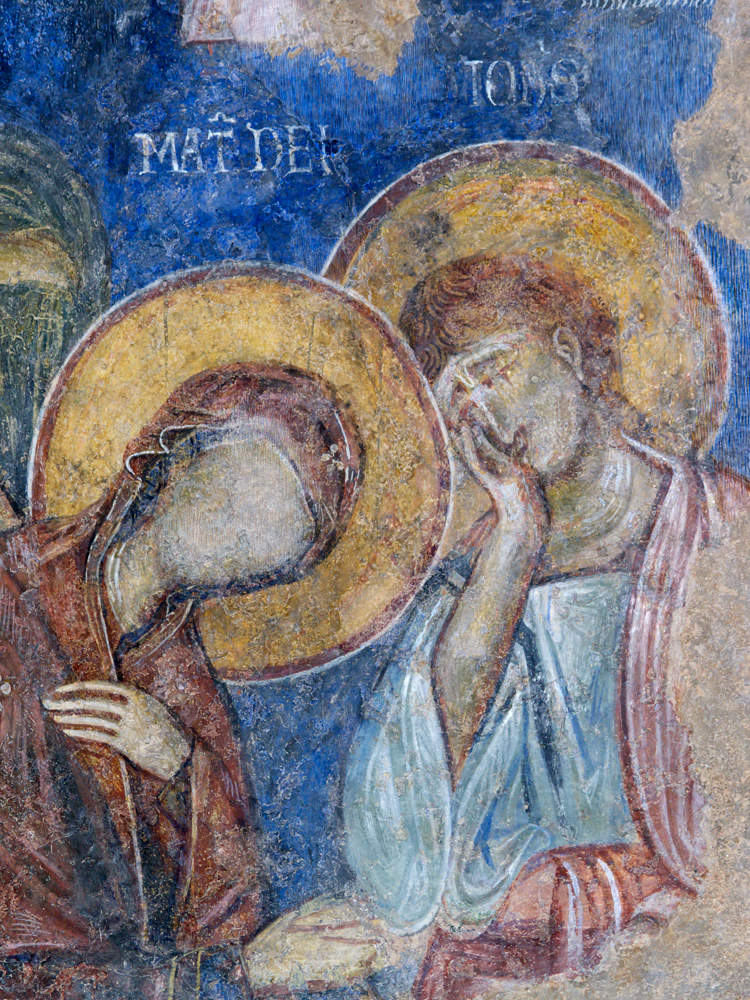 On two of the six central pillars are represented: Saint John the Precursor (John the Baptist) and perhaps Zechariah, his father (clothed in the garments of the High Priest).

These frescoes were described for the first time by Count de Piellat in 1903; this friend of the Catholic communities in Jerusalem showed by means of drawings and aquarels done with great talent the paintings that he saw on the walls of the church which was being restored at the time.

In 1995, German restorers (M. Maul and M. Boimling) began to clean the frescoes. Another team, led by Ms. Isabelle Dangas, continued and completed this work of restoration during the years 2000-2001, highlighting in an exceptional way the colors of the frescoes.